Electricity-related catastrophes are often more widespread in areas with harsh weather, a good example being snow or thunderstorms. Many of your devices could be at risk of harm when this occurs, even to the extremity where they may need to be rebought or replaced.

A power surge can do serious damage to your property, and the fact that it can often be unpredictable makes it all the more crucial for every homeowner to be ready for one at all times. This way, even if an unexpected surge takes place, they can avoid expensive repairs.

The majority of modern homes are made up primarily of electrical fixtures and equipment; this means that a lot of power outlets are in frequent use every single day, adding significantly to the dangers of a surge. With the severe dependency of homes on appliances, you may find a lot of difficulties getting through the day when a power surge occurs. It can halt operation for an indefinite period, and any major gadgets getting damaged during it can be hard to replace at once.

The following are some tips to help homeowners deal with power surges more efficiently.

Out of all the most effective ways to protect your home in case of a surge, getting a whole-home surge protection service may just be the most impactful. This service will significantly increase the safety of every outlet in your home in the event of a voltage spike, especially compared to individual surge protectors. With this service, no matter which outlet you use at the time of a potential surge, it will become much less harmful to your appliances.

This kind of surge prevention service grounds the extra voltage that is coming into your home before it has the chance to affect your appliances. While it cannot completely protect your home and belongings from these power spikes, you can begin to feel considerably safer. With this service, your home may become relatively less exposed to disasters like fires.

For anyone with a permanent home, a whole-home surge protection service is bound to be a good long-term investment; although, even without it, you may find some uses for surge protectors.

The larger, more energy-consuming appliances you own are typically more susceptible to electrical faults. Due to their increased sensitivity and greater demand for functional energy than smaller devices, these appliances are more vulnerable to the consequences of power surges. As soon as you detect a surge or even signs of it that are slowly beginning to show, disconnect all major appliances as the first security measure. This includes refrigerators, washing machines, and air conditioners.

The bigger the job of your appliance is, the more likely it is to be harmed by a voltage spike. Fortunately, the problem can be dealt with by opting for insurance that will cover some of the repair costs under certain circumstances.

Another probable reason for power spikes is a home’s potentially defective wiring. This problem could be caused by several different things. Chewed-up insulation (by rats or other animals) or old wires are both common for homes that have aged quite a bit, so this can be considered a common cause of electrical issues. In addition to being a health risk, damaged insulation can also cause power surges.

The best approach to locate faulty wiring is to make sure you inspect the system often, although it may help to look out for some telltale indicators of the fault. Some common signs of bad wiring are flickering lights, buzzing sounds emanating from outlets, and tripping circuit breakers. If you find any of these, it would be a good idea to stop using all of your appliances right away and call an electrician.

Overloading an extension cord or electrical socket is one of the worst blunders a homeowner can make. Due to the many things that can go wrong, this one action poses a serious risk to your health and is also extremely damaging to your appliances. Drawing so much power from a single source is a recipe for disaster. Since all outlets in your home have a power load limit to which they can expend voltage, connecting too many gadgets can exceed this restriction and result in an accident.

A single power source will give out more electricity if it is overloaded with appliances. This will cause a power surge that could impact every appliance that is connected and functioning at the time. The risk of harm from overloading outlets is always rather considerable, even in homes with advanced electrical systems.

Power outages are quite a common cause of power surges. When energy is cut off and then restored unexpectedly, the result can be a surge of electricity that negatively affects your home. This type of scenario is especially harmful if too many large appliances are connected to a single power source. Never connect more than one appliance in your house to a single power source, especially those that are difficult to replace.

There’s no doubt that a power surge can stress homeowners out. This disaster can result in a lot of inconveniences through things such as extended power outages or high repair costs. A power surge can even cut you off from any outside sources so that you cannot call for help, which can be very dangerous.

As soon as you realize a surge is about to occur through weather updates or notifications, you should immediately begin preparing. It’s always best to be ready for situations where you’ll have to improvise, for example, have a portable internet device and a first-aid kit ready. Stocking up on snacks could also be helpful to get you through this time. 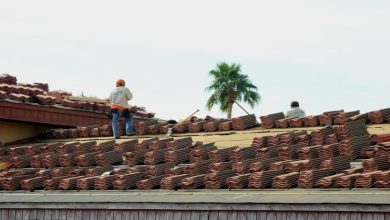 What are Two Types of Roofing Found on Residential Buildings? 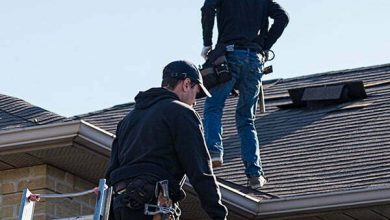 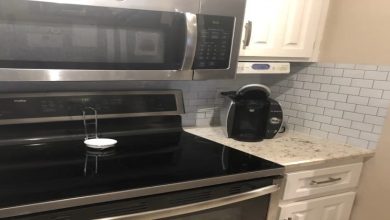 How to Install a Peel and Stick Vinyl Backsplash